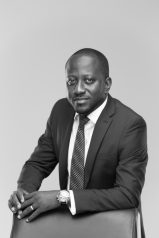 What are the main funding issues facing property developers and buyers?

OWUSU-AMOFAH: One key issue is that Ghanaian developers do not have much equity in the projects that they execute – a substantial part of which are financed with pre-sales and debt. Another significant challenge concerns interest rates. Even though there have been recent improvements in the policy rate, sector specific measures should be taken to complement this improved macroeconomic climate. One option is to allow pension funds to provide funding for real estate developments, as this would offer lower rates over a longer term, usually ranging 10-20 years. Another alternative could be to create or reinforce financial institutions focused entirely on construction and real estate developments.

On the consumer side, the main problem is a pressing one: many consumers cannot find any attractive mortgage options as there are only two main active mortgage institutions in Ghana,. Finding an effective solution will require the implementation of technology and policies to track borrowers, the establishment of a credit rating system and a sufficient means of securing collateral. Additionally, an effective address system, which could reduce financial institutions’ risk premium through lower rates, may also bring some financing relief to consumers.

What challenges do you see in building mixed-use developments in Ghana?

OWUSU-AMOFAH: Infrastructure is the main bottleneck. Many developers are actively engaged in its development, but the existing high costs may eventually translate into prices that are not very affordable for the average consumer, especially if the right arrangements are not in place.

Mixed-use developments are a potential solution to many sector problems, as they create an ecosystem in which citizens have access to retail and business in less congested areas. This can lead to higher levels of activity and spending, thereby generating increased tax revenues for the government. Moreover, it helps decongest the country’s major urban centres.

To capture the enormous positive externalities of mixed-use developments, the government could increase participation in a cost-efficient manner through public-private partnerships. There have been successful examples of this in other West African countries, many of which are also moving in the same direction. A number of private developers are taking the initiative on this front and have shown positive results, in turn attracting the attention of the government. There is also the opportunity for the administration to incorporate these developments into their own initiatives, for example via industrial parks. There are endless possibilities for smart incentives, including creating tax incentives or special economic status for infrastructure developments that support industrial activity or provide basic services, such as roads, electricity and water.

What solutions could be implemented to tackle land ownership issues?

OWUSU-AMOFAH: Land ownership is a very complex issue that directly affects both the public and private sectors. In the short term, there is no one-size-fits-all approach that can tackle all the existing challenges, but community involvement and a degree of consultation in the decision-making process has helped remove obstacles surrounding land use in some instances. At the same time, it is important to keep in mind that a structural solution is required for the long term.

The government should be in charge of tracking land ownership, as well as ensuring that the registry is in place and the integrity of its data is safe. Additionally, having the state assume the role of ultimate guarantor of property rights would streamline processes by allowing private companies to check the status of any land directly from the authorities. To get to this stage there needs to be collaboration backed by the right legal framework. This should make sense to the community, which will require education efforts. Rolling out the legislation should start at the municipal levels and be deployed nationwide after the majority of the common implementation difficulties have been sorted. Regardless of the scale, the process should start soon so that some tangible feedback on the best way to move forward can be gathered.